Font
A Generalised Habit Of Deference →
← Shit Might Happen Yall!

FreeKeene.com | On August 20th, 2011 at 12:31pm on the Capitol lawn in Washington DC, Kathryn Dill, William Duffield, and I were arrested for selling 10cent cups of lemonade. The events leading up to our arrest, along with our capture and kidnapping were beautifully documented by several activists who came armed with cameras (see high quality video below); therefore, I feel no need to cover those details. However, once we were taken away, there were no more cameras to share our experience.

First, we were placed in a cage in the back of a van and taken to the police station. Upon arriving, police took Will inside, leaving Kathryn and I in the sweltering cage. The men in blue guarding our cage continually taunted us; making jokes and expressing their enjoyment of “locking us away for the weekend”, and how our arrests were “marvelous”. When it was my turn to enter booking, I was taken to a room where I was photographed, forced to remove my jewelry and shoes, then cuffed to a bar while an officer rubbed every part of my body, including my breasts and vagina. I was then led down the hall to a small room where I would spend the next 4 hours chained to the wall.

Officer Weatherbee was assigned to my room. He began a standard line of questioning, failing to read me my rights in advance. I was continually told I would be caged if I failed to give them every detail they requested, which included the names, phone numbers, addresses, ages, etc… of my friends and family. I constantly asked “Who was the victim of my supposed crime?”, to which they continually answered, “society”. When I pointed out that the majority of the crowd had been supportive of our cause, and that ‘society’ was not a person whom I could confront in a court (therefore eliminating my right to face my accuser); I was laughed at and taunted. I was also told that my friends would be arrested should they attempt to protest our capture at the police station. One officer smirked, “I can do this [booking prisoners] all day. Arrest as many as you want.”

After a couple of hours, a man in jeans and a blue shirt came into my room with a notepad and paper. While I don’t remember the name of his job title (Capitol Criminal Investigator or something like that), he basically explained that he investigated organizations that the government believed to be potential terrorist, and the “Lemonade Liberation” had become their newest big threat. Although friendly and very light hearted, he seemed aggravated with the lack of information I was giving him. He wanted to know who the leaders of the organization were [none]; where we held our meetings [we never had any]; where we are based out of [everywhere]; what other plans we had [none]; and a whole line of ridiculous questions that were geared towards finding dangerous, violent, angry people. Thats not us. After several hours of friendly, yet inappropriate questioning, I finally asked, “Where is your line in the sand? At what point do you say, ‘No. That goes too far, and I’m not willing to do that to peaceful people’? Because if you don’t know where that line is, you’re gonna blindly cross it one day, and regret it for the rest of your life.” It was at that point he fell silent, then left without saying another word.

Eventually I was able to call my mom from one of the officer’s cell phones (because their landlines were all busy), and she was able to contact Nathan Cox, who was able to bring my ID and the names, addresses, and phone numbers the police were demanding they get before releasing me. I was taken to a room where all my tattoos were photographed, and multiple versions of my fingerprints were scanned; after which, I was promptly returned to my room and re-chained to the wall. Finally I was taken down a hallway, forced to put an ink thumb print on a stack of paper work, handed my copy, then given back my property, and told I was free to go.

It wasn’t until after we were out that we heard about all the support that had poured in for us immediately after our arrest. We discovered there had been a massive call flood to the police station, which we realized had been the direct reason our captors became more and more friendly as our detention progressed. I also discovered that the police had attempted to discourage Kathryn and Will with lies like, “Those people with the cameras were just using you for their own agenda” or “they didn’t give you a Lemonade Liberation tshirt (some shirts a few of us had made for the event), because they are not your friends.” Luckily these tactics failed; however, I found it encouraging that they didn’t even attempt this with me. I knew better, and the cops were aware of that.

We have all been scheduled to appear in court on October 4th, and we are hoping that people will come out and show their support; be it for us, our cause, or the children who wish to create their own lemonade stand without being harassed or threatened by men with guns. Details about this event can be found here.

While being arrested is not something I enjoy, I am honored I had the opportunity to participate in such a beautiful demonstration of innocence and peace; and shine light on how it is under attack by the very people sworn to protect it. But the real heros of the day were those who ignored the threats of arrest and made their way around the police to purchase a cup of lemonade. To see a child shrug at a cops threat, then defiantly disobey it… it was inspirational, and gave me hope for the inevitable positive change that will come from all this.

A Generalised Habit Of Deference →
← Shit Might Happen Yall! 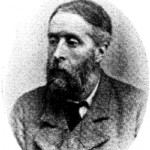 If we cannot by reason, by influence, by example, by strenuous effort, and by personal sacrifice, mend the bad places of civilization, we certainly cannot do it by force.Auberon Herbert … (next quote)

Why Can’t Chuck Get His Business Off the Ground?