Font
The Consent Of The Governed →
← Brought To You By Taxation

GeorgeDonnelly | Good men are in chains. Ridicule is heaped upon them. It’s easy to get discouraged. But this is the lot of truth-tellers. This is the inevitable result of living the truth. Giving up now would only compound the crime. Don’t submit to disappointment and despair. Don’t abandon these good men, Pete Eyre and Adam Mueller. The mindless brutes may cage our bodies but they will never cage our minds. Only we have the power to permit that.

Anyway, what’s the alternative? Shall we give up and go back to being neutral and indifferent? Join “the appalling silence of the good people“? Condemn them? No. We are on the right course. We are all born equal. No man should be made to bow to another, either literally or by removal of articles of clothing. When a gesture of respect is mandatory, it becomes an act of submission. And no man may be made to submit to another. We are drawing attention to the man behind the curtain. And it is paying off. My conscience demands my perseverance. What about you?

Is it just a hat? Is it “common sense” to remove one’s hat in court? Accepted wisdom? Did Pete “get what he deserved”? Imagine the terrible things said about Rosa Parks when she kept her seat at the front of the bus. All blacks to the back of the bus. That’s “common sense”. Everybody knows that! What a drama queen. She deserves what she got. I can hear it now.

Consider a man in South Africa who made a fuss about some identification cards. He raised quite a stink by burning them. Later, he created another scandal over the wearing of traditional dress in courts of law. Today, some still hate him. But it was precisely his commitment to principle, his disobedience and his perseverance that made Mohandas Gandhi a hero.

Think back to George Fox, who founded the Quakers in the 17th century. The custom of taking off one’s hat, bowing and scraping to others in deference – it offended him. So he stopped doing it. He stood against the multitudes of powerful people – even in court – and defied what he believed to be wrong. And he went to jail for it.

‎Rosa Parks could have moved to the back of the bus. Gandhi could have accepted the ID cards instead of burning them. George Fox could have caved and taken off his hat too. But they didn’t, and that is what makes them great. They persevered. We are stronger for it. As Oscar Wilde said, “Disobedience, in the eyes of anyone who has read history, is man’s original virtue. It is through disobedience and rebellion that progress has been made.” People who disobey cause those around them to think, to question and to evolve.

Given that our human history is littered with tyranny, domination and injustice at the hands of powerful elites, the call to action is stronger now than ever. Stand with Pete, Adam and all other political prisoners who dare disobey unjust laws and illegitimate authorities. They are our path to a more just and peaceful future.

The Consent Of The Governed →
← Brought To You By Taxation 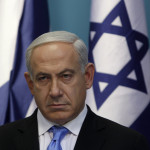 We are benefiting from one thing, and that is the attack on the Twin Towers and Pentagon, and the American struggle in Iraq.Benjamin Netanyahu
former Israeli Prime Minister … (next quote)

Nothing Outside the State

The Antidote to Unemployment

Wake Up or Waco