The true history of the tragedy called “morality.”

If you were the only thief in the world, imagine how easy your job would be! There would be no locks, no security systems, no passwords, no police. You could just take stuff, and people would probably just assume they lost it.

On the other hand, if everyone in the world was a thief, everyone would half starve. No one would create more than they consumed in the moment, because it would just be stolen.

So — if you want to be a great thief — the greatest, perhaps — your best strategy would be to convince everyone else to stop stealing — not because you think theft is wrong — you are, after all, a thief — but because you don’t want the competition!

If everyone is a counterfeiter, money is worthless. If you want to be a great counterfeiter — the greatest, perhaps — your first step is to convince everyone else that counterfeiting is immoral, wrong, evil, and must be punished.

Then, you must convince everyone that your own counterfeiting is moral, good, virtuous, and must be rewarded.

This is what George Orwell called, “doublethink.”

In order for us to accept such madness, the wheels of our minds must first be broken by indoctrination. By government schools.

The sequence is always the same — invent a universal standard of good behavior, and then create an invisible exception for yourself and your friends, by calling it something else.

“THOU SHALT NOT STEAL!” — Ok, all right, theft is wrong! Thus those in power have to call their theft “taxation.”

“THOU SHALT NOT KILL!” — Ok, all right, murder is wrong! Thus those in power have to call their murders “wars.”

“NO KIDNAPPING!” — Ok, all right, kidnapping is wrong! Thus those in power have to call their kidnappings “incarceration.”

“VIOLENCE IS WRONG!” — Ok, all right, using violence to get what you want is wrong! Thus those in power have to call their violence “spanking” or “laws.”

Do you see the pattern? Create a universal moral rule, and then create an exception for yourself, and your friends.

It’s very easy to test this theory. Walk-up to an average citizen and ask him if using violence to solve problems is good. He will say, “no.” Point out that the State initiates force all the time in the pretense of solving problems. He will immediately start to defend the State.

It is inevitable. People defend moral rules, and then defend the most blatant violations of these same moral rules.

This is how we die.

If someone gives you a moral rule, the first thing to do is to examine not the rule, but the exception. Who is not bound by that rule? Who gets to do the exact opposite? It will always be those in power — that is why moral rules exist.

Any thinker who actually tries to apply universal moral rules universally is considered insane, bizarre, ridiculous — because the purpose of universal morality is the exception, the violation.

Governments disarm citizens by denying them weapons, while retaining monstrous weapons in the hands of the state.

It is the same with “morality.”

Open your mind. Open your eyes.

We can only avoid the traps we can see.

What I Learned In Public School →
← They Don’t Pay Taxes 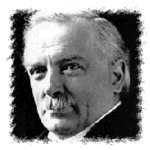 Don’t be afraid to take a big step when one is indicated. You can’t cross a chasm in two small steps.David Lloyd George … (next quote)

Justice Without The State

War Is A Crime
http://warisacrime.org/