Boycott the Census, Don’t Protest it

MoreLibertyNow.com | But why should I even open the door for them? Why, when you have a choice, should you interact with government agents? By doing so, you only risk giving them some kind of justification for coming down on you. If their authority is nonexistent or illegitimate then isn’t it much safer and more consistent to simply treat them like any unwanted door-to-door salesman and ignore their notices and ultimatums? If you won’t give the time of day to a traveling salesman or a tele-marketer seeking to trade with you, why pay any attention whatsoever to a parasite claiming a right to your time and privacy?

No Authority Over Me

Who cares what documents, certificates, badges, statutes or executive orders census agents have to back up their claim to authority over me? Is my signature on any of them? No? Then they have no authority over me. Not even the constitution is relevant because I never agreed to it. Not even the founders signed the constitution in the sense of a contract. They only signed in witness of.

Don’t pay them any attention! That’s my strategy. There’s no point in embarrassing census agents. If you want them to back off, just ignore them. Do not comply. Consider it civil disobedience in the grand spirit of Henry David Thoreau, Mohandas Gandhi and Martin Luther King. Read Entire Article 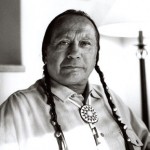 You either have to either be retarded, or seriously criminally insane, to want federal recognition.Russell Means … (next quote)