Font
The Ludlow Massacre →
← On Violence

TheRedPhoenixAPL.org | On an expanse of 18,000 acres of farmland, 59 miles northwest of Baton Rouge, long rows of men, mostly African-American, till the fields under the hot Louisiana sun. The men pick cotton, wheat, soybeans and corn. They work for pennies, literally. Armed guards, mostly white, ride up and down the rows on horseback, keeping watch. At the end of a long workweek, a bad disciplinary report from a guard – whether true or false – could mean a weekend toiling in the fields. The farm is called Angola, after the homeland of the slaves who first worked its soil.

This scene is not a glimpse of plantation days long gone by. It’s the present-day reality of thousands of prisoners at the maximum security Louisiana State Penitentiary, otherwise known as Angola. The block of land on which the prison sits is a composite of several slave plantations, bought up in the decades following the Civil War. Acre-wise, it is the largest prison in the United States. Eighty percent of its prisoners are African-American.

“Angola is disturbing every time I go there,” Tory Pegram, who coordinates the International Coalition to Free the Angola 3, told Truthout. “It’s not even really a metaphor for slavery. Slavery is what’s going on.”

Mwalimu Johnson, who spent 15 years as a prisoner at the penitentiary and now works as executive secretary of the Capital Post-Conviction Project of Louisiana, concurred.

“I would truthfully say that Angola prison is a sophisticated plantation,” Johnson told Truthout. “‘Cotton is King’ still applies when it come to Angola.”

Angola is not alone. Sixteen percent of Louisiana prisoners are compelled to perform farm labor, as are 17 percent of Texas prisoners and a full 40 percent of Arkansas prisoners, according to the 2002 Corrections Yearbook, compiled by the Criminal Justice Institute. They are paid little to nothing for planting and picking the same crops harvested by slaves 150 years ago. Read Entire Article

By The Red Phoenix

The Ludlow Massacre →
← On Violence 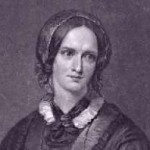 Run From The Cure – The Rick Simpson Story

The Urge To ‘Do Something’